Agents of SHIELD‘s sixth season will premiere in the UK on E4 on May 26, at 9pm, reports GeekTown.

The first trailer for the newest season of the show dropped in January and you can refresh your memory by watching it below. Season 5 revolved around the MCU’s Infinity War and sees the team struggling to deal with the loss of Coulson.

It saw them dropped into a grim future that they desperately wanted to avoid, and by the end of it, they had multiple timelines and alien threats on their hands.

Agents of SHIELD has already been renewed for a seventh season, so you can rest safe in the knowledge that whatever happens during this coming season, you’ll be guaranteed to get any loose ends tied up next year.

Ghost Rider, who reared his flaming head in season 4, will be getting his own show, and while we’ll see Gabriel Luna reprise the role, it’ll be new iteration of the character, unrelated to his appearance in Agents of SHIELD. 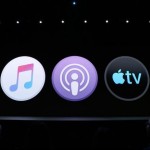